Netflix’s “Family” about a secret religious organization in the United States that wants to influence world politics, including in Romania, grabs headlines online. I watched the documentary and was struck by the directors’ explanations about the 2018 referendum to redefine the family in the constitution. In this text I will explain where the movie “Family” is true and where it is not.

In general, conspiracy theories tend to be associated with extremists on the political spectrum, while it is the mainstream voices whose job it is usually to ridicule or dismantle them. It’s sometimes that reality turns out to be more complex than it appears in the first implementation of Occam’s Machine, and platforms like Netflix end up questioning whether speculation about the shadowy organizations running the shadow world doesn’t contain a modicum of truth.

And if in the scathing rhetoric of conspiracy theorists, the forces of the New World Order are represented by secular politicians, without faith in God, in the documentary “The Family”, which appeared recently on Netflix, then the first conspirators are those who fear God.

Now, why would Roman care what a documentary says about secret organizations in America? Well, maybe because the movie is about influential Christians trying to put worldly laws on a par with biblical ones, including the topic of last year’s family referendum in Romania.

As proof of their suitability, the Netflix production has already begun to create a stir in the Romanian public space, with Andrei Karametro, USSR tapped to hit Iohannis in the head, but also by the press to almost blame pro-life rescuers. LGBT from Romania.

But let’s start from the beginning.

What is family and what do you want from us

For five episodes, the family presents the past and present of a religious organization in the USA that has spread its tentacles all over the world. The philosophy guiding her is simple: Jesus was not a milkman who came to preach love and peace, but a true male, sent among us to lead others and be a model of leadership.

Leaders are chosen by God himself, not by the people. It doesn’t even matter what sins the politician commits, he may have cheated on his wife, he may be a cold-blooded dictator, it is important to continue to benefit from the organization’s endorsement and, tacitly, from divinity.

Sins are forgiven, after all: a situation illustrated by two former hopes of an American conservative who committed the sin of adultery, was even investigated for corruption, but never lost the organization’s support.

The entire structure is named in two ways throughout the documentary: “The Fellowship,” meaning “brotherhood,” or “family,” meaning “family.” Its unofficial leader, until recently, Doug Coo (died 2017), was a religious leader with a Presbyterian background seen in some circles as “the most powerful man in Washington I’ve ever heard of.” Secret ambassador, never accountable to anyone, kind of spiritualist Henry Kissinger.

If other American evangelicals sought to influence American and international politics in as open a manner as possible, Coe always acted cautiously and across parties, without distinguishing between Republicans and Democrats.

In fact, for 50 years he has organized an annual political outreach event called the National Prayer Breakfast, which has been attended by all American presidents since Dwight Eisenhower. Basically, arguing that they meet to discuss Jesus and the importance of faith, great America (businessmen or politicians), but also come from the world, in fact, to exchange ideas and influence.

It is difficult to determine the true impact of the event on the way the world operates, because it is not the G7 summit or NATO, but rather a campaign with powerful and wealthy people. Sure enough, the directors of the documentary seem convinced that the planet is being created here somehow, especially since more and more Russian delegates are starting to get involved, and Trump is the leader of the free world.

Hence the conspiratorial tone that appears throughout the mini-series. A tone that some, who are already suffocated with nonsense like the Zeigeist, can steer clear of.

At first glance, the facts seem to be on the side of the makers of Netflix. The characters are real, their statements and intentions are the same, and everything is documented and verifiable.

But what raises the question is how the documentary decides to interpret and present these facts. As one author of The American The Atlantic points out, you often wonder if members of this Brotherhood are really wielding the influence they imagine they will have.

The fact that you meet with many political leaders from all over the world does not necessarily mean that you will have a measurable influence on their decisions. The author of the book that is the basis for the documentary journalist Jeff Sharlet, the family’s “disciple” in his youth. He lived for some time with several brothers, as in a student organization, where they played basketball, talked about Jesus, and washed the toilets of the elders of the organization.

Reconstructing his experience with professional actors, the first episode occasionally offers a horror film about a cult or a soft reimagining of The Handmaid’s Tale book/series. Sure enough, of all the people interviewed, he seemed to be the most convinced that family power was real and measurable.

Some of the examples he gives, especially in American politics, seem credible. Others are less.

The episode of the series “Familia”, in which Romania appears, is approached quickly and superficially 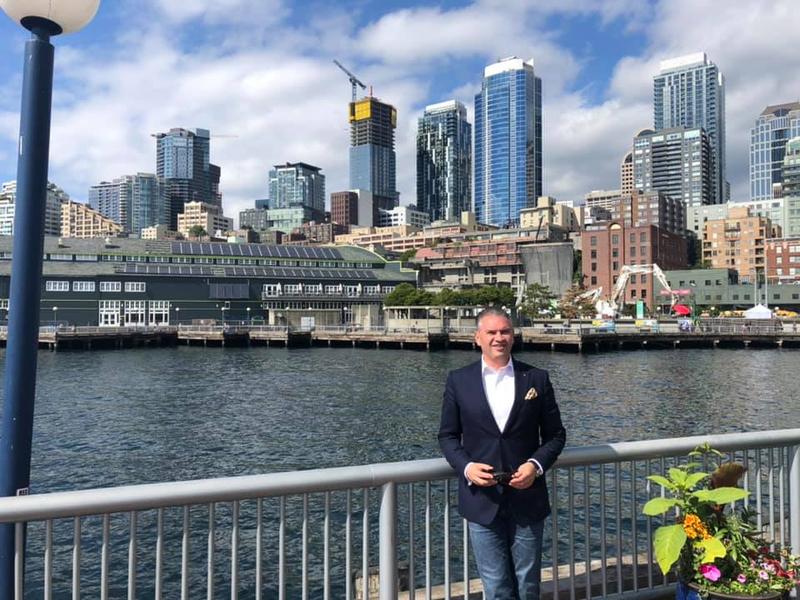 For example, last year’s episode with the Coalition for Family Referendum lost me a bit. The whole situation is shown superficially, in a quarter of a loop.

It begins with the phrase “Look at Klaus Iohannis, President of Romania, adorning an American politician close to the family!”. Shadows are completely removed. For example, the nuance that Johannes denounced as “The Path of Religious Intolerance and Final Demands” when he was asked to rule on the subject, and then the entire religious establishment jumped into his head. Or the fact that he voted at the end of the fair, on the last day of the referendum, without making any statement, is another reason for the indignation of the biggest conservative fans in our country.

The participation of PSD, ie the ruling party and an important ally of CpF, was also omitted. Instead, the support of Ben-Oni Ardelian, a prominent member of the National Liberation Party, and a former Baptist priest, given to the Brotherhood by his spiritual mentor from Hațeg, was widely offered.

It culminated that in spite of the vague light in which the organization advances, the liberal politician presumes with a smile on his face the conservative agenda and his friendships with family members, as if introducing religious beliefs into the law of a secular state was the most natural thing in the world.

It also showcases the concerns of the LGBT community at the time, which rightly felt under siege. Unfortunately, the approach is again superficial and quick, choosing an activist voice who seems to be intentionally ignoring talk about the involvement of the PSD or Russian propaganda in the whole situation since then.

To someone on the outside, who knows nothing of the context and all the actors involved, things may seem ridiculously simple: the family sent agents of influence here, and Romanian politicians – especially right-wingers – were persuaded almost immediately and put in place a referendum and some anti-gay hate.

Nothing has been said about decades of communist anti-gay legislation, nothing about the natural predisposition of the Orthodox Church – a very strict and hard-to-reform entity – towards homophobia, and nothing about the fact that Romania decriminalized homosexuality only when the promise of integration into the European Union appeared. horizon.

No brother, American Protestants came and taught us how to hate!

It is unfortunate to see a complex problem treated in this way, in passing, as a diverse fact. Because it makes you question the producers’ seriousness when dealing with other issues, such as the influence of the family in Uganda, where homosexuals, by law, risk the death penalty. Well, the fact that members of the organization met with all kinds of political leaders – democratically elected or not, liberal or authoritarian – is well documented.

Doug Ko’s fascination with the organizational culture of totalitarian regimes is once again in the public domain, his words are videotaped, and no one can deny it.

But you can’t help but wonder: Guys, how critical are these people, how important is their secret diplomacy, how important is the local context? If I were the dictator of a third world country, it would be in my interest to take responsibility for the atrocities that I pledge at least in part. “But I mean, I’m in pain, I just received the blessing of the God-fearing people of the civilized world!” I would say if I was some kind of Gaddafi in Romania.

Where the Netflix mini-series really shocks him

In general, the series highlights an important issue in the world we live in: the insistence of some on mixing religion with politics. The family also shows the bigotry that some politicians, who dream of a kind of David the King of the modern world, are trying to lead, chosen by God. It also shows our fascination with ghostly figures that pull strings from the shadows and transcend the usual democratic levers.

The documentary proves that these characters exist, and Doug Coo, with his desire to be as invisible and impactful as possible, is a prime example of this. And it can’t leave you cold because for decades it has had access to presidents like Jimmy Carter, Bush Sr. or Clinton and been able to engage in diplomatic negotiations behind closed doors.

The true impact that one person or organization can have is debatable: No matter how strong you are and no matter how skilled you are at cultivating relationships around the world, you will not be able to pull all the strings. I know that the leading archetypes of the family – Hitler, Mao or Stalin – tried this, but in the long run, all three died, like the totalitarian regimes they imagined.