The award ceremony was held at the Constanta Art Museum, the competition partner. According to the rules, the participants were to address the topic “Landscape in Contemporary Art”.

Among the officials was Medina Mería, advisor to the President’s Office for Cultural Affairs, who stated at the opening:


“I am glad to be with you on this day. I am from Constanta and I remembered this day the fact that I was also a student at the Folklore School here in Constanta, in the acting class of Mrs. Diana Cheregi. It is very important that you have your first choice moment of art education. We don’t know how many Talents that can be developed starting from a folk art school.Kids who may not know at first that they are committed to such an artistic event, go through stages of professional development and become great artists.I want the young and old students of folk art schools to insist on discipline and not be overlooked.What can I I assure you is that the Constana Provincial Council, through the auspices of President Mihai Lobo, will always be with the affiliated cultural institutions and will try to support such events of various sizes so that Constanta is visible locally and nationally, why not… Congratulations to the candidates!” 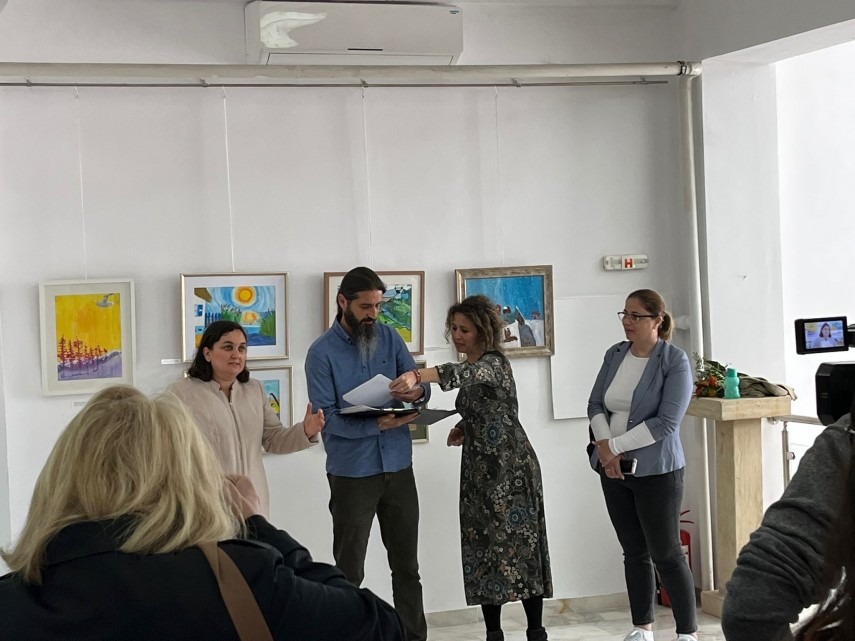 
The coordinator and initiator of the competition is Doctor of Visual Arts: Florentine Serpo.