In the previous article we wrote about the increased visibility of the 30 countries that have wings in Giardini. Thanks to Nicolae Iorga, Romania has the privilege of one of 30 pavilions, built in 1938. This year, since the first day the Biennale opened to art professionals, dozens of people have queued to watch the 9-screen installation of the artist and director Adina Pintilie confirmed the success Submitted project. Titled “You’re the Last Me / Cathedral of the Body”, it continues the theme of the film do not touch mewith whom Bentelli took the Golden Bear to the Berlinale in 2018, while anticipating his future feature film, Virgo’s death.

45 minutes – The duration of the entire experience – divided between two spaces: a dark one, where different images are projected on 6 screens, and a brighter one, where a mechanical arm, like an industrial robot, supports the installation with 3 screens on which, in the same way, different scenes of The three couples who accepted the collaboration interacted with Pintilie.

This division of spaces and image segmentation conceived by curators Cosmin Costinach and Victor Neumann ensures a continuous movement of visitors across the pavilion, in an intimate setting, which enhances the subject and can cause slight inconvenience. The feeling of flight emerges as you oscillate between the spaces, when you realize that without wanting it, you will notice others who can in turn follow your reactions. Sharing experiences and encouraging balance between the two rooms keeps interest in the stories slowly unfolding on the screens. 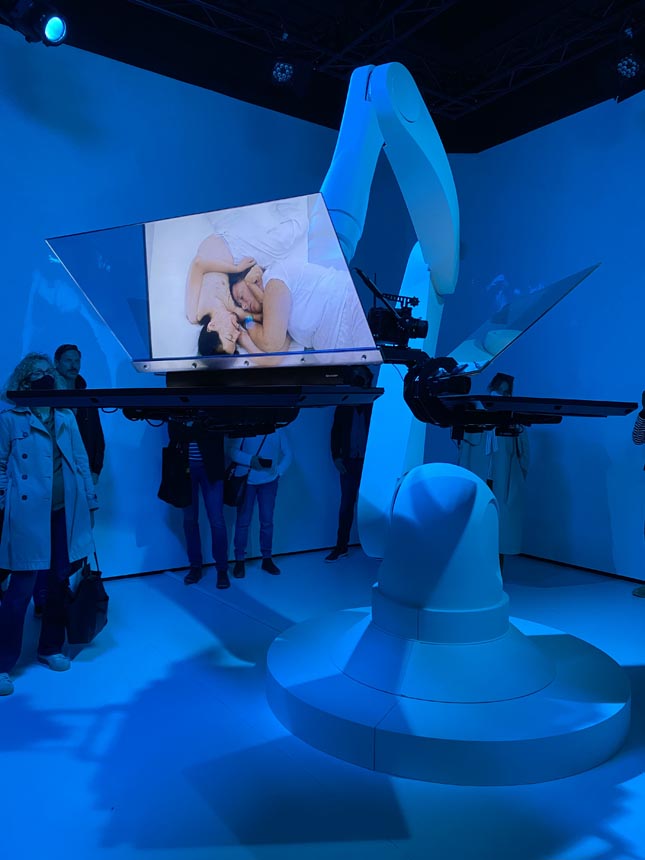 The second part of the project can be visited at the new exhibition premises of the Roman Institute for Culture and Human Research in Venice. There, with the help of glasses connected to a virtual reality app, developed in collaboration with the Augmented Space Agency and UNATC, you can immersively experience the view of the character to choose from among the three couples who shared the experiences of Adina Pintilie. 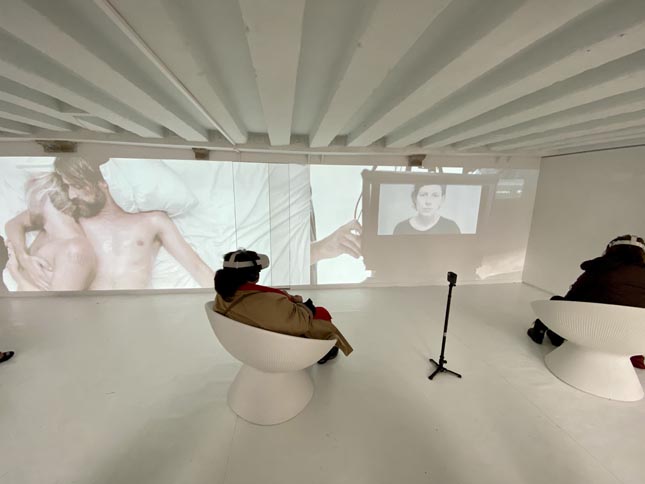 The pavilion is a technical challenge, and it looks flawless, especially thanks to the cooperation with several foreign partners. Indeed, without them it would have been impossible to perform such a complex installation in a short time, and Romania was among the last countries to announce the artists selected for the Biennale, creating difficulties in financing and implementing the concept.

A Romanian woman (Corina L. Apostol) is curator of the Estonian flag for this biennale. Exceptionally, the Netherlands presented Estonia with the Giardini flag, next to the entrance to the central flag, which was an important source of visibility for the small Baltic state. The exhibition curated by Corina Apostol is called “Orchidelirium” and showcases through the work of artists Christina Norman and Peta Razavi, the life and colonial legacy of artist Emily Rosalie Sal, passionate about painting rare orchids, wife of famed photographer Andres Salle. . Emily Sal lived in Java (Indonesia), then a Dutch colony, and Christina Normal’s videos explore topics such as the colonial gaze, the oppressed housewife, or the orchids. The entrance is from the back (servants are allowed to enter) which contributes to the narrative that the Apostle imagines. Combined with the installation by Peta Razavi and the archive used to illustrate Sal’s story, the pavilion still leaves a rather cool museum impression far from the rave that the exhibition title promised. 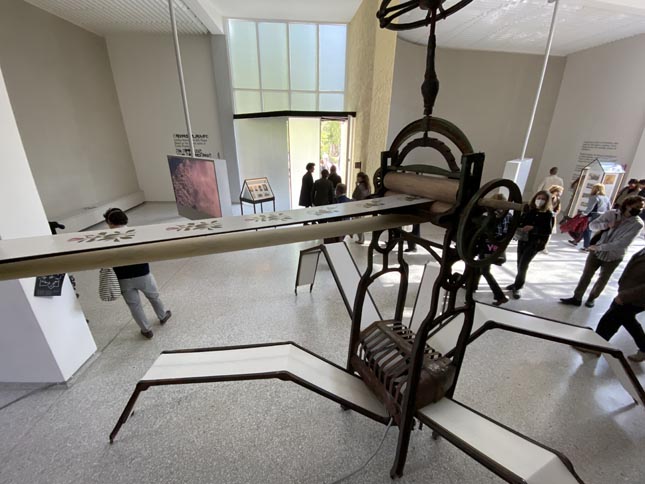 The European Institute of Art and Culture of Rome (ERIAC), an institute that promotes the contributions of Roma to European art and culture, has organized an exhibition at Palazzo Loredan entitled “Eugen Raportoru: The Abduction from Seraglio & Roma Women: Performative Strategies of Resistance” (Eugen Raportoru: Rape from the Greenhouse and Women Roma: Performance Strategies for Resistance). Although everyone has dubbed it the “Roma Pavilion”, the creation of the Roma Pavilion is a long-term endeavor, which the organizers of the Biennale have yet to implement.

The exhibition is curated by Elena Chielro (Bucharest) and includes the installation of the painter Eugene Raportoro, dedicated to the memory of his mother, which evokes the interior of a typical Roman house. Alongside this is a series of works by artists of Roma origin, including a video by Berlin-based artist Mihaela Dragan. At the official opening of the exhibition on April 22, a party (Mahala Rai Banda) was called to electrify the audience, and actress Alina erban gave a show in which the seeds were fried and distributed to visitors. 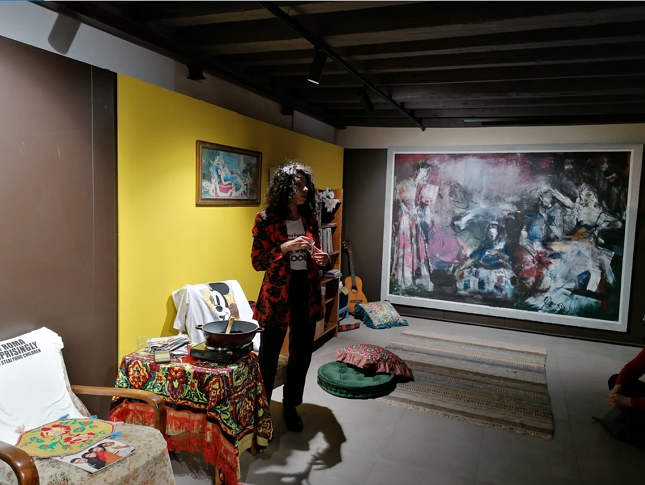 Note: Despite the well-developed experience within the Romanian flag, the speeches at the official opening on April 21 were heard very poorly, as the small speaker was supposed to amplify the speeches to more than a hundred people from the audience. However, the calls of curator Cosmin Costinas and Adina Pinteli, addressed to representatives of the Ministry of Culture and the International Research Council, to find a solution in which Romania can appoint a representative to the Biennale at least one year in advance, in order to allow the production and comprehensive funding, in advance, of projects that contribute to the promotion of Country’s image in the world. No matter how beautifully the international press has written about this year’s Romanian flag, which is perhaps better than Alexandra Beresi’s project in 2013, there is no justification for these bureaucratic barriers. 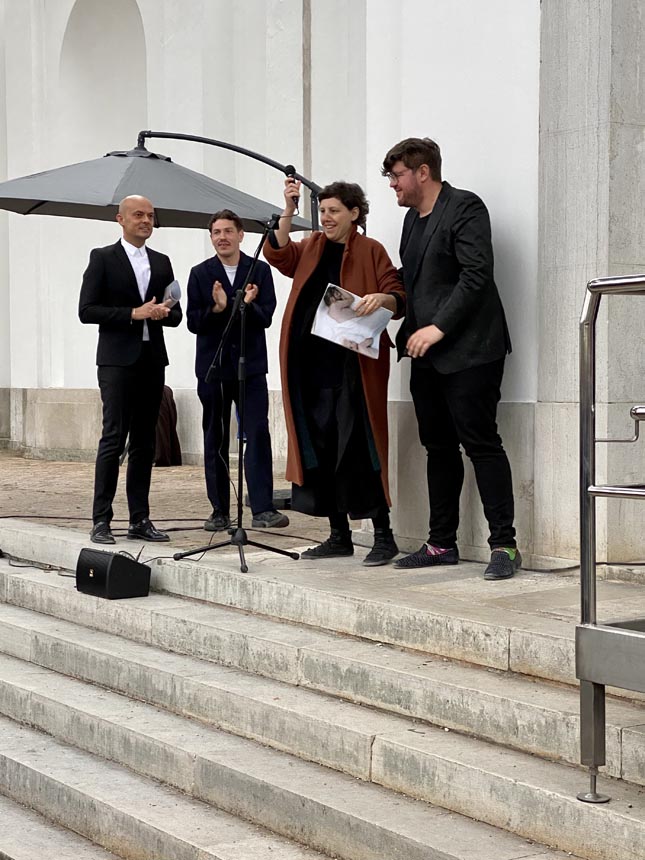 George Bleschow is Cultural Director and President of the AltIasi . Association