The Ministry of National Defense announced, on Friday, that it is organizing a new campaign for the recruitment and selection of citizens wishing to perform military service in the reserves as a volunteer reserve soldier in the Romanian army.

871 positions are available to all categories of personnel (officers, foremen, non-commissioned officers, ranks, and soldiers).

Interested people can submit their files between May 16 and June 10. 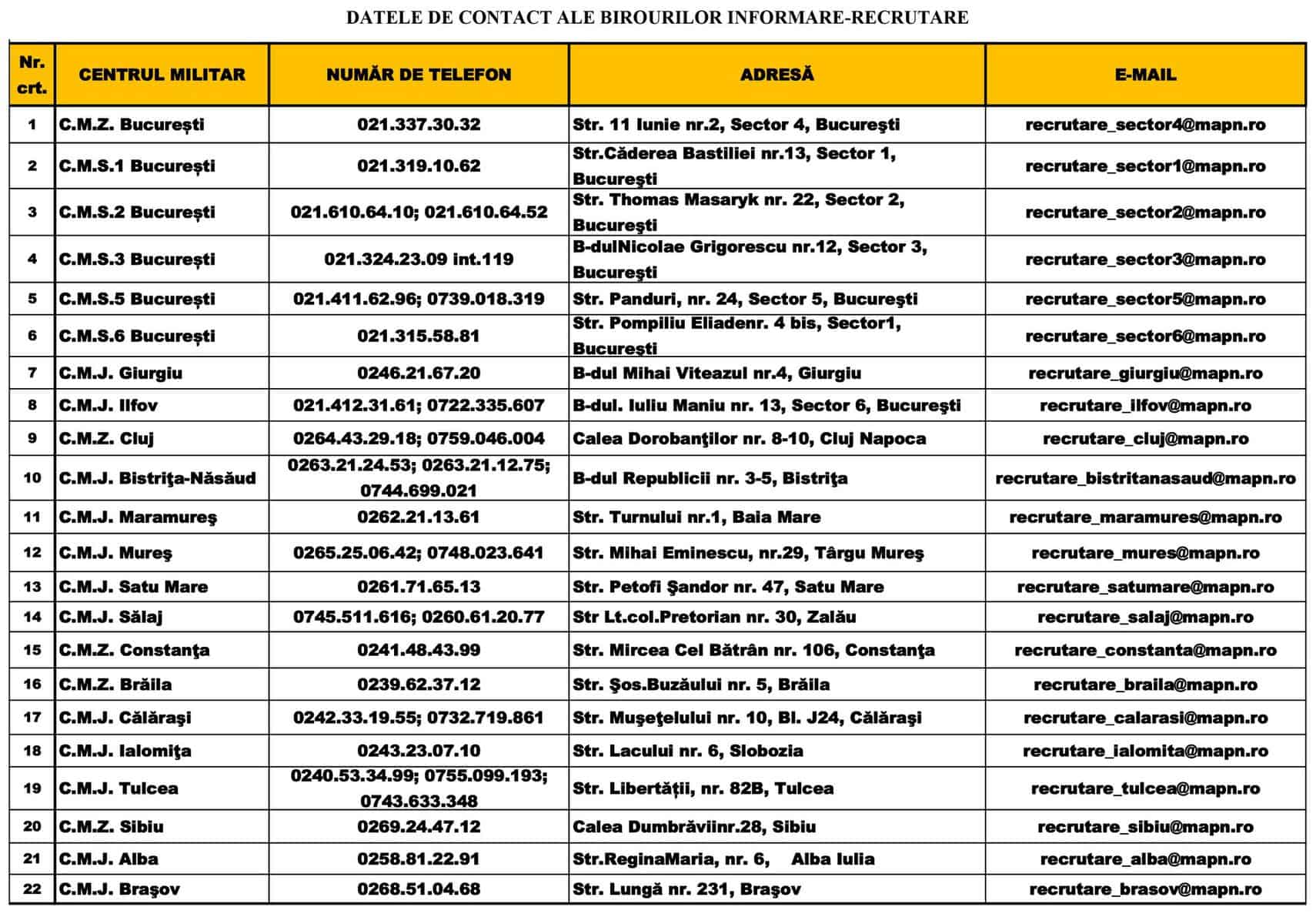 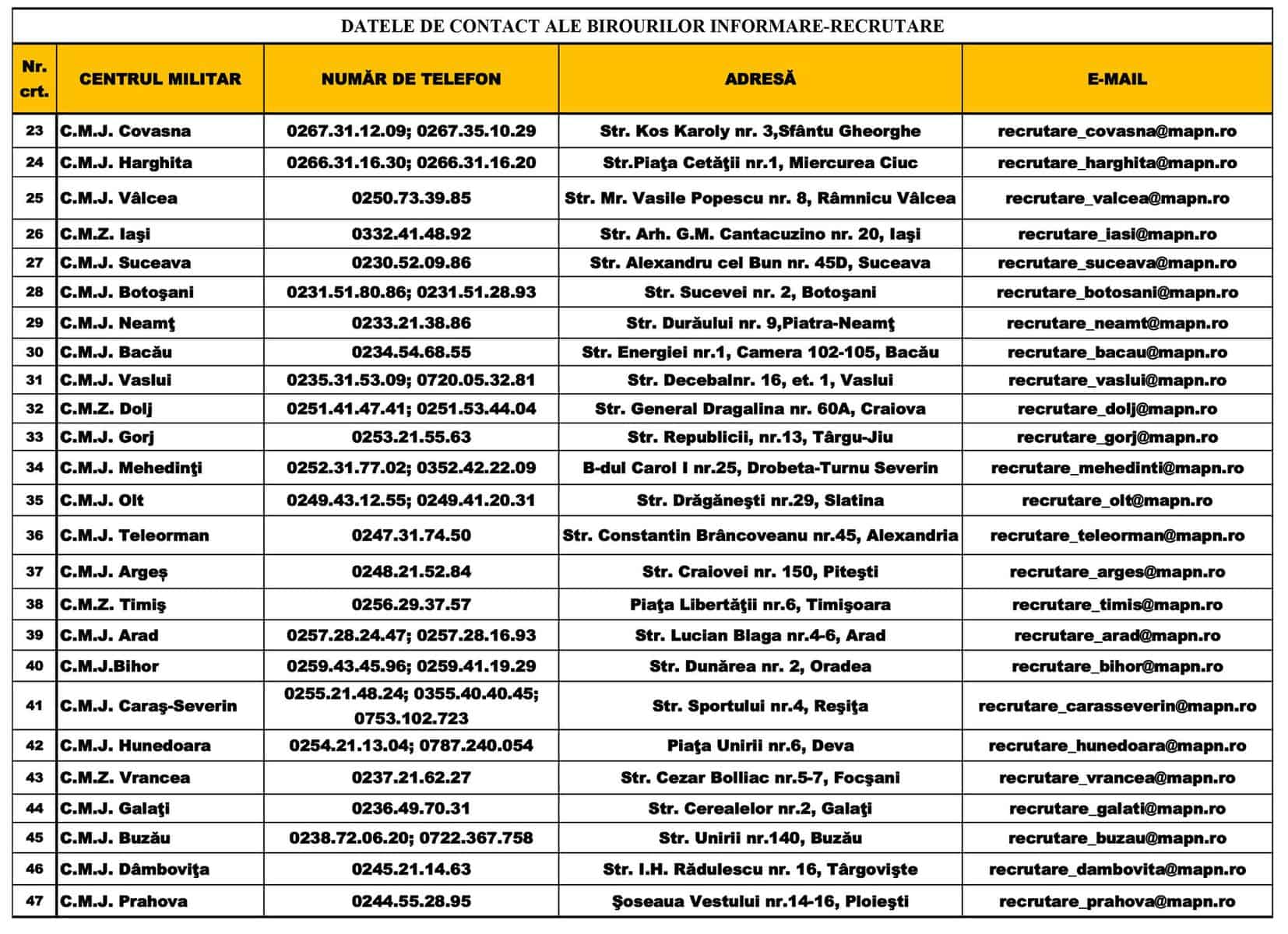 In the military post of the region, district or sector in which their area of ​​responsibility is located, interested citizens will be informed of the following:

Candidates from non-military training will also be counseled on how to apply for positions in which they meet established criteria for studies and compatibility of disciplines acquired in civilian life with military arms/services and disciplines.

Volunteer Reserve Soldiers are Romanian citizens, men and women, residing in Romania, who meet the conditions for recruitment and selection and have a contract with the Ministry of National Defense.

Citizens with or without military training can register.

Romanian citizens who will become volunteer reservists must, cumulatively, fulfill the following conditions:

a) meet the general and specific criteria for the recruitment and selection of volunteer reserve soldiers, which are determined by order of the Minister of National Defense. according to the metrics corresponding to the category of individuals to which they belong;

b) not have been convicted of a criminal offense by a final court ruling, unless the convicts have been rehabilitated or pardoned;

c) not be part of organizations prohibited by Romanian legislation and not be members of organizations that do not comply with the rules, activities and characteristics of the military profession;

d) not to belong to sects, religious associations or religious groups that, according to the law, are contrary to the rules of maintaining public order, as well as those that violate good morals or affect the development of the military profession;

e) Knowledge of the Romanian language written and spoken.

The method of carrying out the selection of volunteer reserve soldiers in the corps of military personnel is determined by order of the Minister of National Defense.

Selection is mandatory for all citizens who choose to become volunteer reservists, regardless of whether or not they have fulfilled their military service in one of the forms established by law.

When applying to the military center, citizens wishing to perform military service as a volunteer reserve soldier must fill out an application form and submit the following documents:

By law no. 115/2021, a series of measures came into force aimed at increasing the attractiveness of military service as a volunteer reserve soldier.

– Increase the amount of the installation allowance, by adding to the job credit, grades, and application balance, in addition to the grade balance

– cancellation of the obligation related to the reimbursement of recruitment and selection expenses, in the event that the contract is not signed / not completed;

– Finding the possibility of allocating positions, without taking selection tests, for active military reserves and professional soldiers, in the first year after transferring to the reserves.