He is a member of the National Committee for History of the Ministry of National Education, of the Romanian Society of Historical Sciences, of the Cultural Society “Muhammad Niazi” Medgidia, of the Advisory Board for the History Discipline within IȘJ Constanța, of working groups for sports within MEN (History/History of the Turkish Minority in Romania), And also for the secondary school, a member of the Working Group for the Realization of Framework Plans for Military Vocational Education, but also of the Commission on Historical Monuments – Medgidia. He also held the position of director of the “Historical Monuments” program on Alpha Media TV, in 2013-2018, he is the editor of a local periodical, where he writes articles dedicated to the history of Dobrogia and national history.

– Four years ago, I left the “civilian” department in Majidiyah to “enroll” as a professor of history at the Military College. I am Koza.” Are you still able to make time for your passion for writing in the current context?

“Of course I do.” My passion for writing has been and will always be, no matter what position I take at any point in time. The history of Dobrogia is not fully understood. There are many events that are not sufficiently known, and we do not have information on specific historical periods. The historian’s role is to discover this information, patiently and diligently, and to make the known aspects less known to those interested or to the general public.

– Last year I launched two works. The first of them is dedicated to the 165th anniversary of the founding of the modern city of Medgidia. What can you tell us about this?

– That’s right, it was a very prolific year for me, as I managed to implement two important projects. The first is dedicated to the 165th anniversary of the founding of the modern city of Medgidia, Madinat al-Sultan, the city founded by Sultan Abdülmecid, the reforming sultan of the nineteenth century. The city needed such a work, a photo album, prepared in collaboration with Claudia Eli, accompanied by a historian for each period after 1856, in the following languages: Romanian, English, French and Turkish. This business is a real business card for the city and for the authorities. In fact, the authorities participated in this project, and it was Mr. Mayor Valentin Frappe recognized the importance of this approach and supported the project.

– The second work was launched, in collaboration with Marianne Moynigo, and is dedicated to the college where she works as Vice Principal. What are the surprises of documenting this state book?

– Last year marked the 140th anniversary of the establishment of the first school for marine children in iglina-Galați. Our college is the heir to the tradition of this school, which was founded by MS Carol I, by Royal Decree on October 3, 1881, as well as other Naval Secondary Education Institutions. The challenge, from the very beginning of my college career, has been to do a monograph that captures all of these aspects. The documentation work was very challenging, but we and Dr. Marianne Moynigo were able to complete the project on time. The documentation surprises were related to the identification of some of the names of graduates who held or still hold important positions in the Roman naval forces. The photos from each period are also very interesting and capture features, moods, equipment from that time, uniforms, logos, etc. 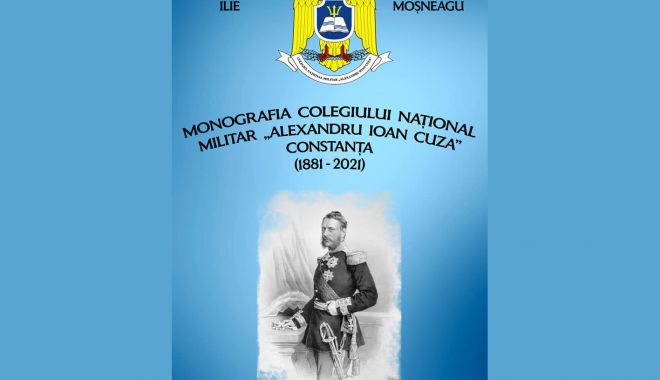 History seems to have merely become a subject for enthusiasts, in the midst of the transition to interdisciplinary study. As a member of the Ministry of Education working groups, what is your opinion?

History is part of us. We see manifestations of nationalism in the media every day. Our children need history, and they need to know the history of the nation so that they do not forget the origins, suffering, and achievements of this people. After more than two and a half decades in the department, I can say that the students love history and are fascinated by it. Interdisciplinarity is welcome and can spark students’ interest in studying certain topics. For example, last year we proposed a multidisciplinary competition—Admiral Ile Eremescu—for national military colleges (in the subjects of Romanian language, history, and physics), which attracted cadets and produced a highly regarded competition. And this year we have already implemented, in the second edition, the stage at the college level, and then at the beginning of April 2022 the final stage will be at the military college level. In working groups at the MApN and ME level, there is open talk about the importance of the study of history, its interdisciplinarity, and the opportunity to create school programs that are attractive to students and educators alike. – You are the initiator of a competition for school magazines, which not only promotes journalism, but is also interested in general culture. Why did you decide to launch the challenge this year for civic education institutions as well?

– Last year I proposed a school magazine competition dedicated to Eugenio Botiz and to students of the Commander of the National Military Colleges. This year we have entered the competition in the calendar of activities of the IȘJ Constanța Province, as a result we will have three departments: the Department of National Military Colleges (of which you are also a member), the Department of Civil Colleges / Secondary Schools of the country and the Military Academies of Romania (in the latter case based on The proposal of my former students, now students of the Naval Academy “Mercia Sele Patran” Constanta, Military Department) I am convinced that we will have a very interesting competition, knowing that the students have a real interest in journalism, but also in the presentation of activities that represent them. 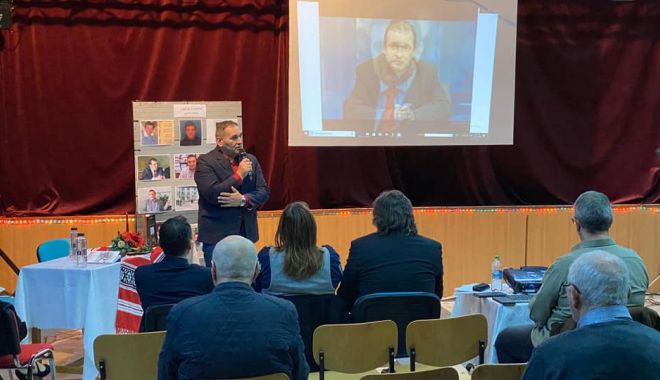 Are you currently working on a future title?

sure you do. I have two papers in progress, but I can’t reveal their topics. I want it to be a surprise to everyone. What is certain is that one of the works will be launched in early October.