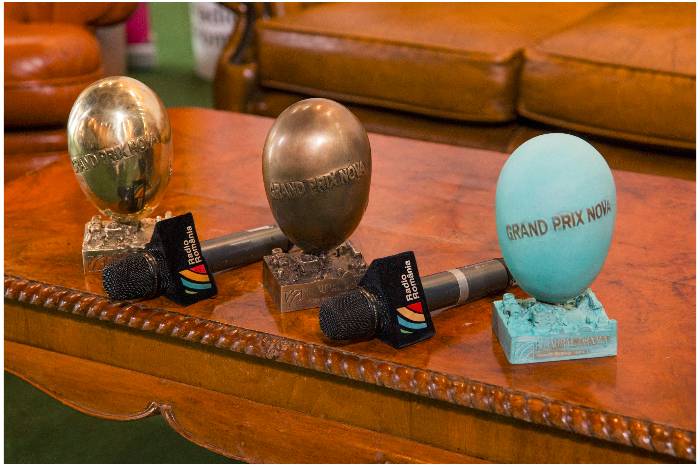 Opening of the Grand Prix Festival of the International Radio Theater Festival, organized by Radio Romania

The 10th Anniversary of the International Festival of Radio Theater Grand Prix Nova, dedicated to innovation in the creation of radio theater, was officially opened on Tuesday.

The press conference, which was organized in the foyer of the small hall of the Bucharest National Theater, was attended by Rozvan Denko – President and General Manager of the Romanian Broadcasting Company, Reto Ott and Andreas Jungfirth – coordinator of the jury and Attila Visauer, editor of the National Theatre. .

“With its international component, content provided and innovation-oriented, Grand Prix Nova is an example of good practice of what we want Romanian broadcasting to become.

Radio theater is a vital component of our cultural memory, and its content is increasingly important in the context of a dual cultural history: both on the air and on the theatrical level.

Its role will increase over time, accelerated by the impending digital transformation that has already taken hold of the immersive aspect of radio theater – which includes theatrical closeness to reality – and its transfer to news and newscasts in new formats. that respond gracefully and appropriately to the consumption habits of the ever-changing.

In this inspiring context, I cannot help but rejoice that the Grand Prix Nova – a discreet and efficient team, will build the festival with the same modest humility with very good results in the next decade”, said Răzvan Ioan Dincă.

„The International Grand Prix Festival Nova, produced by Radio Romania, together with Prix Europa, Prix Italia or New York Festivals, is one of the best international festivals dedicated to radio theatre. Two years after the pandemic, the exclusive online format, this year the best producers, producers and creators of this genre from all over the world are coming to Bucharest. There are 33 radio productions in competition from 15 countries. The festival takes place in the small hall of the National Theater in Bucharest. If you can’t get to Grand Prix Nova this week, go to www.eteatru.ro. You will find all the offers in the competition there. They are brave, provocative, surprising, listen to them, they deserve it,” Attila Visauer told Radio Romania.

This year, the jury coordinators are two personalities from the radio environment, two award-winning artists of the German-speaking European space. Reto Ott, director, playwright, and experienced radio theater producer for Switzerland Radio and Television and a member of the European Broadcasting Union (EBU): Be very productive.” The second coordinator of the jury is Austrian playwright Andreas Jungwirth, author of several radio scripts he has produced Frequently Austrian and German broadcasters, with an impressive festival record: I confess – I am glad that the whole event is taking place at the National Theater in Bucharest, I love the smell of theatre.”

Auditions for the productions from the competition will take place from 14-17 June, starting at 9:00, in the small hall of the Bucharest National Theater, where professionals and radio theater lovers alike are expected. Each day, the quizzes will be followed by discussions that will be streamed live on the Nova Romania Grand Prix’s Facebook page. The official language of the festival is English, and the exams are open to all who are interested in the phenomenon of vocal presentation. Free admission. Moreover, fans of radio theater will be able to listen, for the duration of the festival, on the website www.eteatru.ro, of the radio productions in competition, accompanied by their English transcripts (in pdf format).

The Awards Ceremony will take place on Saturday, June 18, at 13:00, at the Tapestry Tapestry, Ion Karametro Ballroom at TNB.

The festival program can be found on the event website: www.grandprixnova.ro or on the Facebook page: gpnromania.