Heat wave in the next two weeks: weather forecast for the regions, between July 11 and 24

Meteorologists have announced that the weather in Romania will be warmer from July 14, with maximum temperatures reaching 34 degrees Celsius in some areas. According to the forecast from the NMA, the heat wave will be intense and persistent from July 11-24, with little summer rain. 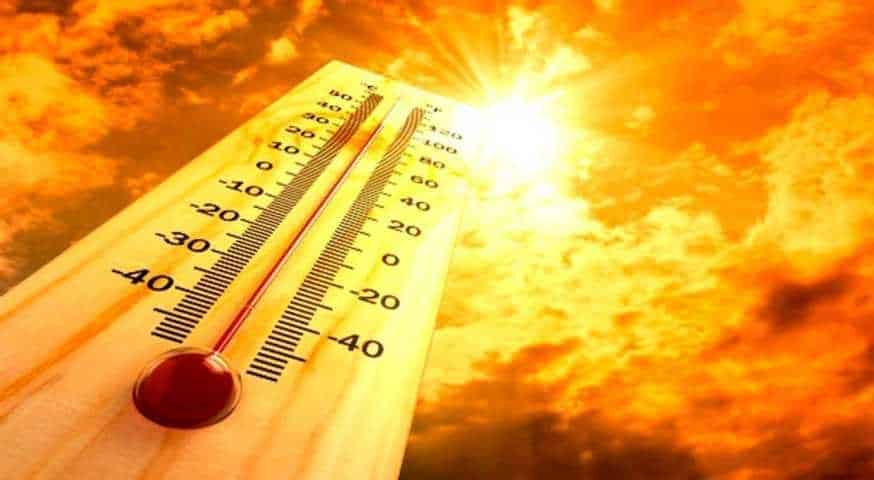 The time interval will start with daytime thermal values ​​close to the specified climatic values, respectively 25… 29 degrees, and the nights will be relatively cool (9… 13 degrees, on average). However, from July 14, the weather will warm up significantly, and it will get warm (maximum temperatures 31… 34 degrees and lows 15… 19 degrees, by regional average). In the period from 18 to 22 July, the intensification of the heat wave and the increase in thermal discomfort were estimated. The hygrometer will be short for the two weeks, and short-term rains will only be possible on small areas at the beginning of the period and around July 16.

In the early days of the time period, the weather will be relatively cool (respectively maximum temperatures 22… 25 degrees and minimums 9… 14 degrees, on average). However, after 14 July, temperatures that will rise significantly will see mostly warm weather, with a regional average of 30…34 degrees in the afternoon and 14…18 degrees at night. Predictive estimates call for an intensification of the heat wave from July 18-22, with high temperatures and thermal discomfort. The entire period will be characterized by a rainfall deficit, as only short-lived, low-volume and local rains are expected in the early days.

In the early days of the time period, the weather will be cool, with maximum temperatures of 20…23 degrees and minimums of 8…13 degrees, with a regional average. However, starting from July 14, temperatures will rise significantly, and with slight fluctuations, warm weather will prevail, even on some days in the western half of the region, so that there are average daytime values ​​\u200b\u200bof 27 … 32 degrees and nights of 12 … 16 degrees. From July 19 to 22, it is estimated that an intensification and extension of the heat wave will lead to higher local temperatures and increased discomfort. Although it rains in the early days of the intervening period, the hygrometry system will generally be deficient.

In the early days, the weather will be cold, with highs of 19… 23 degrees and lows of 9… 12 degrees. From July 14, temperatures will rise significantly, and with small fluctuations, warm weather will prevail, especially in the plains, with values ​​\u200b\u200b27… 32 degrees in the afternoon and 12… 16 degrees during the night, regionally mediated. During the period from 18 to 22 July, it is estimated that the heat wave will continue, in its intensity, with high temperatures and discomfort in most parts of the region. At the beginning of the time period there will be local rain, of short duration, but the moisture measurement system in the reference period will be deficient.

In the first days, the weather is cold in the north of the region, otherwise the temperatures will be close to the standards of that period (maximum 21… 27 degrees and 10… 14 degrees minimum). From July 14, warm weather prevails on most days, with values ​​​​of 30 … 34 degrees in the afternoon and 13 … 18 degrees at night (perhaps with a slight cold in the northern half of the region on July 16), then with a rising heat wave from It is expected to last between July 19 and 22. The hygrometer will remain deficient during these two weeks as well, and light rain usually falls over small areas in the north and west of the region, in the early part of the intervening period.

In the first days, air temperature values ​​will characterize relatively cool weather in the coastal zone (23… 26 degrees during the day) and normal for this period in the west of the region, where it will be 26 … 29 degrees; The minimum temperature for this interval will be 15… 19 degrees. After July 14, the weather will be warm in the continental part (maximum 31… 34 degrees) while the coast will have a pleasant heat regime, with 28… 29 degrees in the afternoon. However, between July 19 and 3, heat and discomfort are estimated in most of the area and values ​​​​of 30… 33 degrees on the seashore. Although in the afternoon from the first days there will be short-lived rains in some places, the deficit of the variance scale will characterize the entire forecast period.

The interval will start with a gentle daytime thermal regime, with average values ​​of 25…29 degrees, and the nights will be relatively cool (9…15 degrees). However, from 14 July the weather will be warm (generally maximum temperatures 30…34° and 14…18° minimum), and between 18 and 22 July predictive estimates indicate the heat wave intensification and thermal annoyance being highlighted. During the time period, the system of deficient rainfall measurement will be maintained, short-term rains, weak in quantity, and will only be possible in small areas at the beginning of the period and around 16 July.

The interval will start with a gentle daytime thermal regime, with average values ​​of 25…28 degrees, and the nights will be relatively cool (9…14 degrees). However, from 14 July the weather will warm up significantly, becoming warm (generally maximum temperatures 30… 34° and 14… 18° minimum), and between 18 and 22 July the heat wave is expected to intensify and thermal annoyance increases. The deficit in climate metrics will worsen, with only short-term and in limited areas rain expected around July 16.

In the early days, the weather will be cold, with highs of 15 … 19 degrees and lows of 5 … 10 degrees, with much lower values ​​at altitudes over 1500 m. Starting on July 14, temperatures will rise dramatically, and the weather becomes particularly hot, especially between July 19 and 22, when average highs – especially at lower elevations – are 24…26 degrees, and lows are 10…15 degrees. In the first week, in the afternoon, local showers will be reported, but total water volumes will be deficient during the two weeks.