Just one year after its launch, the startup Travel Coin has attracted $35 million in funding from an investment firm with global operations and is already shaping its international expansion. How does the company plan to create a bridge between the crypto sector, which has been on the radar of more and more investors in recent years, and the HoReCa industry, which has been shaken by the context of the pandemic?

Focusing on blockchain technology, Travel Coin was born in 2021, at a time when the HoReCa industry’s resistance was being vigorously tested by anti-epidemic measures. The idea of ​​the project was previously defined, since the founders are already installed in the hospitality business, and they are not separated from the epidemiological context either. However, in this case, the entire context was a trigger, providing the time needed for the whole idea and concept behind Travel Coin. “Together with my wife, Ruxandra Grigore, we have run a complex of five event halls, and at the same time, as consultants at HoReCa for over 10 years, we have known the business in this area well, as well as the fact that they are constantly looking for new solutions to increase sales by retaining and attracting new customers,” says Dan Sebastian, founder and CEO of Travel Coin. He claims that any competitive management in the respective domain must focus on customer loyalty, a strategy that involves getting them back into a position as often as possible. The fact itself is the updated policy of large companies that have implemented bonus plans, mostly in the form of points and vouchers, rarely “out of the box” concepts. In this sense, Dan Sebastian claims that the Travel Coin mobile application can simplify the customer experience in terms of getting rewards, which is the only step required after installation, which occurs by scanning a qR token.

Thus, the application will automatically detect the information in the receipt and, accordingly, the partner company, the receipt number, the consumed products, their value, as well as the number of TCOINs that will be transferred to the in-app account automatically. be known “The program will also have a map in which the locations of our partners can be determined by the end customer. Also, with the help of the same map, the end customer can refer to the reward network that each partner company gives, and is free to determine the amount of rewards individually, the level of reward is not the same from the site to another,” the CEO explains. The reward received in crypto tokens can later be exchanged for money or other cryptocurrencies, and customers will be able to take advantage of it at any partner site, and not just from one brand. But we can ask why the hospitality industry starts offering rewards in the form of TCOINs and why employees accept to be rewarded in this way?

Dan Sebastian argues that a customer can return more often to an organization that offers rewards, and therefore can consume more. Therefore, the thresholds of the loyalty system are designed to help increase sales – for example, if a customer spends up to 200 lei, he will receive 3% cashback in TCOIN, which can be up to 5% in the case of a coupon greater than 200 lei. Leo Lee. At the same time, customers have the potential to earn higher rewards if they choose to organize events such as birthdays, assuming the future value of TCOIN changes automatically. “TCOIN crypto assets will have the advantage of gradually decoupling from market volatility, as their value is constantly valued by ongoing market purchases, in order to ensure the monthly needs of partner sites.”

Travel Coin recently received €35 ​​million in funding from GEM Digital Limited, a digital asset investment firm based in the Bahamas, a location chosen, according to Dan Sebastian, because of the legislative and tax advantages that the island offers in the Caribbean. GEM (Global Emerging Markets) is a joint venture with operations in global financial centers such as Paris and New York and investments in many other industries, from solar panels and wind power plants to electric vehicles and batteries. Among the companies he has invested in that have nothing to do with the crypto space is Eurohold, a Bulgarian group with a presence in Romania through Euroins Romania. The company ended the first quarter of this year with revenues of 853 million euros, four times more than the same period in 2021. Operating profit increased 10 times to 45 million euros in the first three months of the year. Coming back to GEM, considering the field in which the company invests, the crypto asset market, is highly interactive and volatile, where projects end up with hundreds of millions of dollars in a very short time, in addition to the fact that Travel Coin has a global purpose, and the amount invested is aimed at At least double profit for GEM.

Dan Sebastian, Co-Founder of Travel Coin: “We must also take into account the fact that we are dealing with a new area, the blockchain, where projects appear and disappear, and each investor is responsible for the analysis that is done. Nothing is guaranteed in any business or capital market. And we can easily see small businesses getting big, like Netflix, but also big companies getting small, like Nokia.” 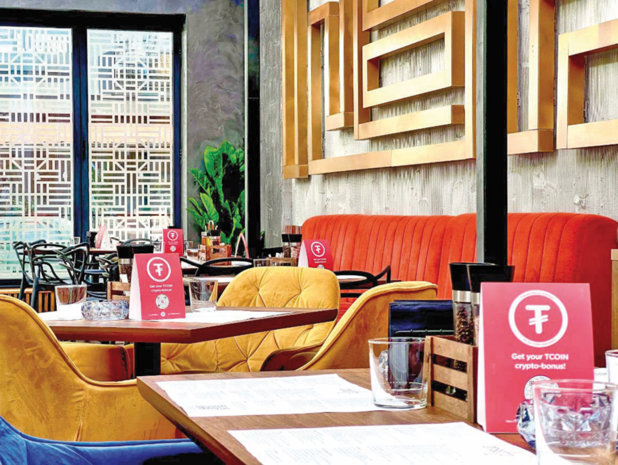 “The investment was made following the analysis of the Travel Coin project by the GEM team, which concluded that we are in an up and down trend. The investment represents access to an amount of up to $35 million, which we can access over a two-year period, offering in return the tokens calculated by the method Specific under the contract and report the value of the TCOIN token at the time we ask for a portion of the funding,” says Dan Sebastian, adding that Travel Coin, being a purely Romanian startup, wants to forge its first partnerships with local businesses. Next, the company claims that it will focus on implementations globally, starting with Europe.

Despite the inevitable periodic corrections and countless crypto projects that appear and disappear in a split second, projects that have tangible benefit and that can create a bridge between the digital tool and the daily life of users will remain in the market, the company representative believes. Moreover, the cryptocurrency sector has been taken over this year by a wave of criticism, as a result of the collapse of the largest digital currencies and the failure of some of the largest projects in the industry. “The market mainly receives criticism from retail investors, and the fact itself proves that they do not have access to the correct financial documentation or, simply, ignore this very important aspect, and most invest without a minimum of technical or fundamental information.”

Along the same lines, the entrepreneur argues that the international market for crypto projects is completely lacking in legislation, and the lack of regulation that only succeeds in insufficiently protecting investors and leads to the emergence of projects that will emerge out of the pure desire for short-term profits and the gullibility of the masses. “We must also take into account the fact that we are dealing with a new area, the blockchain, where projects come and go, and each investor is responsible for the analysis that has been done. Nothing is guaranteed in any business or capital market, and we can easily see small businesses become Big, like Netflix, but also big companies getting small, like Nokia.” Dan Sebastian is the founder and co-founder of several companies in the fields of information technology, creative design, e-commerce, B2B platforms, restaurants, and tourism. In 2003, he founded his first company, an advertising group in Pitesti, and nine years later he created a software company that develops apps for Android and iOS, backed in this sense by several colleagues, including the current CTO of Travel Coin. 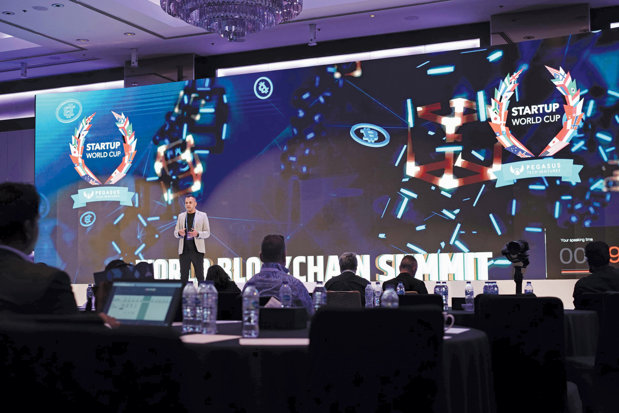 Dan Sebastian is the founder and co-founder of several companies in the fields of information technology, creative design, e-commerce, B2B platforms, restaurants, and tourism. In 2003, he founded his first company, an advertising group in Pitesti, and nine years later went on to create a software company.